The excitement for the Eternals, which is set to hit the big screens next month cannot be measured as it is immense. There are too many reasons to be excited for the Marvel saga that brings to us the celestial being for the first time.

Ahead of the same, the film recently enjoyed a star-studded premiere event in Los Angeles on October 18.  The lead cast including Angelina Joli, Salma Hayek, Richard Madden, Kit Harington, Gemma Chan and more were seen in attendance for the special premiere, which got stellar positive reactions on Twitter too!

While Salma Hayek stole the show in a gorgeous black gown with a plunging neckline and a thigh-high slit, Angelina Jolie got her full family at the premiere. Among the men, Richard Madden looked sharp in his velvet suit whereas Kumail Nanjiani went traditional as she chose to go for a purple-and-gold sherwani for the event. Taika Waititi also attended the premiere! 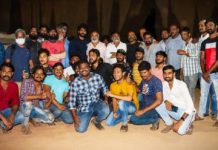 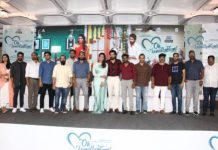